Ronnie Tjampitjinpa was born around 1943 at Tjiturrunya, about 100km west of the Kintore ranges in Western Australia. Following an extended drought in the 1950s, Ronnie's family moved to Haasts Bluff and then on to Papunya where he grew up.

Papunya was a government experiment under the policy of assimilation where mixtures of tribes were thrown together into one community. It was hardly an ideal way to grow up and gave rise to the desire of Ronnie and many other Pintupi artists and residents to move back to there home lands. Whilst in Papunya, Ronnie started painting in the early to mid 1970s. He moved to Kintore in the 1980s, shortly after its establishment, fulfilling his dream.

Ronnie's style tends towards simple, geometric shapes and bold lines. He explores the themes of water dreaming, bushfire dreaming and the Tingari cycle. Tingari are the legendary beings of the Pintupi people that travelled the desert performing rituals, teaching law, creating landforms and shaping what would become ceremonial sites. As far as we can know, the meanings behind Tingari paintings are multi-layered, however, those meaning are not available to the uninitiated.

Ronnie Tjampitjinpa was the winner of the 1988 Alice Springs Art Prize and is shown in numerous major public and private galleries worldwide. He is married to Mary Brown Napangardi and currently spends his time between Alice Springs and his home in Kintore. 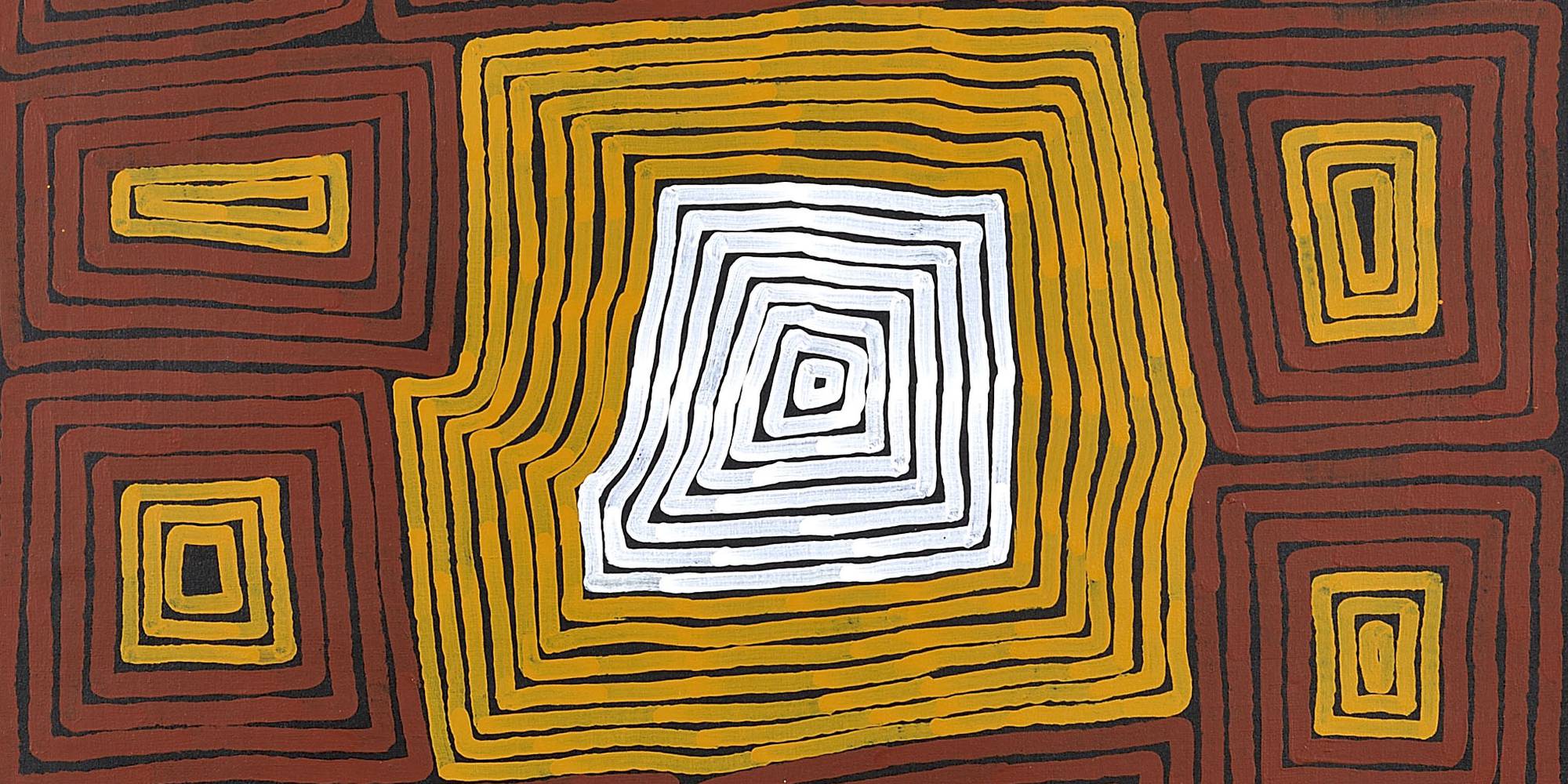