Andrew Hewkin studied at the Royal College of Art, earning a Master of Arts degree in 1973. A professional artist for over forty years, he has travelled worldwide  to paint over fifty seven countries from The Americas,including The Islands of Hawaii and Cuba ;South America including, Mexico, Guatamala, El Salvador, Honduras,Belize and The Amazon; and most of the West Indies ,The Middle East from Egypt to The Lebanon, Syria,Turkey all of Europe and The Greek Islands. The Far East including India,Nepal ,Indonesia, Thailand,China ,Sri Lanka,The Maldives and Vietnam;The North, East,West and South Africa including the islands of Lamu, Zanzibar and Maritius.

He has lived in the South of France, Jamaica and Mustique where he resided for three years. He is collected worldwide by mainly private collectors and collections and has previously been commissioned by Baring securities, Dunhill International,Cartier, British Airways,The BBC, Playboy magazine, Thomas Cook, designed the holographic logo for the end of the 1st gulf war concert to be beamed over Tokyo harbour 1991, Gibson Guitars, (to paint a giant 10 foot Les Paul guitar for Brian May of Queen), and SG Gibson for The Automatic,for and on behalf of The Prince's Trust. He has exhibited in London every year from 1974, more recently in Munich, Zagreb, Vienna, Marbella, South of France, Cape Town and regularly in Barbados including a retrospective at Sandy Lane in 2003, St Peter's Bay 2013/2014 and 'Postcards from Barbados' in 2017. 'Diary of Light' at Wimbledon Fine Art in 2018 documented his travels in the Corsica and The Italian Riviera. 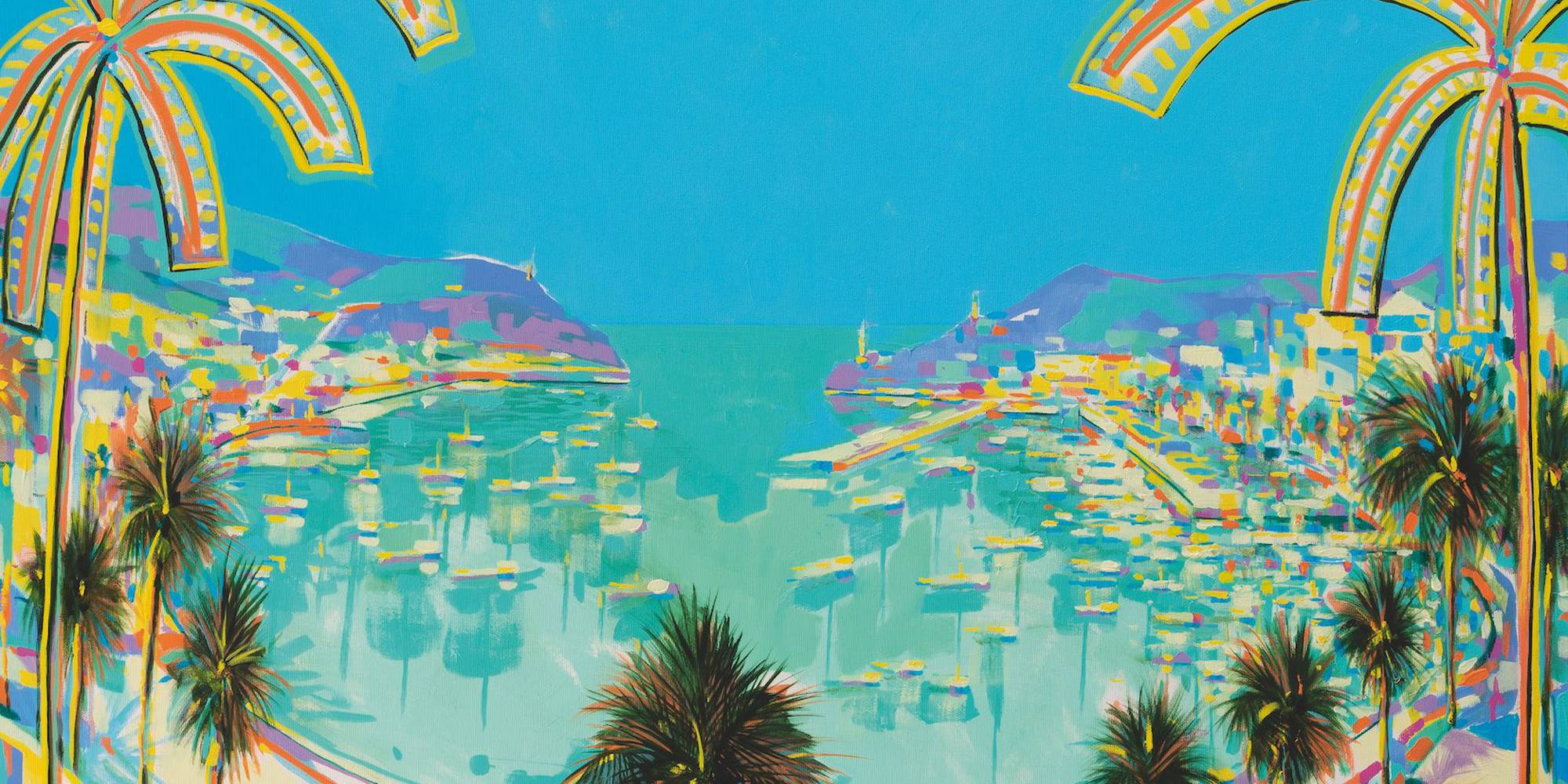